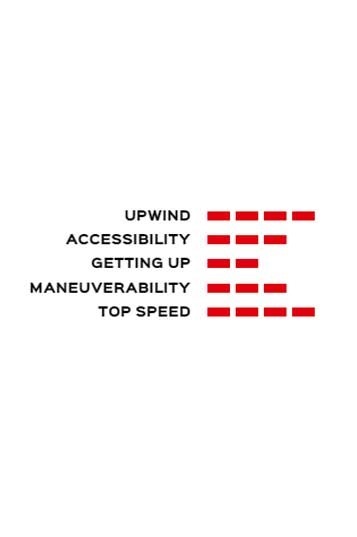 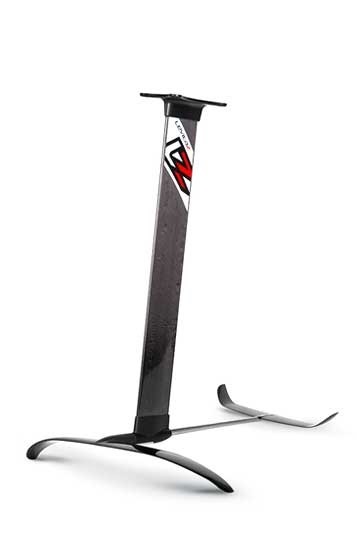 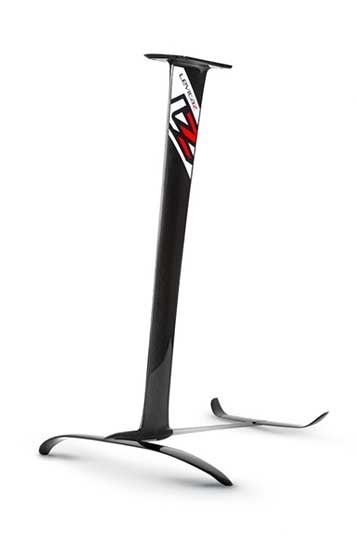 Are you a speed devil? Do you prefer to fly over the water as fast as possible with your hydrofoil but is your current hydrofoil too slow? Then you will love Levitaz Aspect kitesurf hydrofoil! The Levitaz Aspect is a super fast but stable hydrofoil. Levitaz itself calls the Aspect a "freerace" hydrofoil. A freeride foil with an speed orientated character for a wide audience of advanced hydrofoil kitesurfers. An awesome upgrade on your old hydrofoil if you want to go for speed!

The front wing of the Levitaz Aspect is made of completely high-quality carbon with a high aspect ratio (7) in order to have as little water resistance as possible for the highest possible top speed. The Aspect front wing is attached to the full carbon or hybrid mast using a fuselage made from surgical steel. This is where the craftsmanship of Levitaz is clearly shown, the connection is almost seamless for an "water-flow" along the foil that is as ideal as possible. Just like the front wing, the stabilizer is made of carbon. In addition, all Levitaz hydrofoil wings are interchangeable on the same fuselage! So if you are tired of the speed, you can set up a more playful Levitaz wing.

All in all, the Levitaz Aspect is one of the most accessible and best freeride racing foils on the kitesurf hydrofoil market. Stable at high speed and even suitable for jumping. The Aspect is lightweight in its hybrid version with mast ends of anodised aluminum and extremely light in the full carbon version. A true technical masterpiece and craftsmanship from the Austrian Levitaz. A hydrofoil on which you will outrace everyone with your kite. The Levitaz Aspect hydrofoil comes with protective covers so that you can always safely transport your Aspect.