Best Kiteboarding is a brand that builds kites, kiteboards, surfboards and various spare parts for kitesurfing. We have most of the Best equipment in stock and can guarantee you the Best price! We are the only kiteshop in Holland who sells gear from Best. Have you seen a kite or board from Best cheaper at another shop? Please let us know so we can adjust our price and make a suitable deal!
Filter 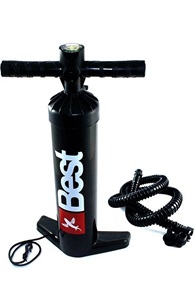 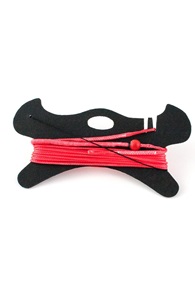 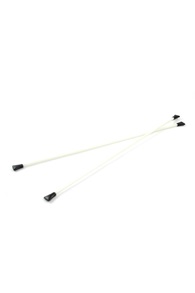 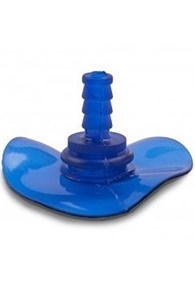 Best kiteboarding originated in 2003 known for there good quality kites and very good prices was originally started by owner Shannon Best in Brazil. Togheter with a large team of pro riders they make kites and kiteboards for all the different disciplines of kitesurfing. The most common and well known kites of best are the Best Kahoona which was followed up by the Best Roca in 2016, a real beginners kite. Best Kiteboarding also has a true freeride/crossover machine: Best TS and a freestyle oriented kite the Best GP, a kite which gives you a lot of power, pop and slack for ultimate freestyle and wakestyle.

In between the high end brands on the market there is only one brand as Best Kiteboarding. High quality kites and super sharp prices. Best was introduced to the kite market in 2003 with their unique selling point by focussing on the consumer. They developed a distribution model in which Best herself distributed all their kites from their central department store throughout the world. Best Kiteboarding often and still has very good deals (for example: order 2 kites get 1 extra for free). The brand became very popular and had to choose a new strategy, they started working with local stores and kiteschools. Best Kiteboarding believes in long-term relationships and therefore prefers to cooperate with shops that they have confidence in.

Only Best kiteshop in the Netherlands

We are therefore proud to announce that we are the only kiteshop in the Netherlands that are selling Best kiteboarding kites, boards and other equipment. For all your questions about Best kites, boards and spareparts you can contact us by phone, email or comeby in our showroom!

One of the first kites Best introduced was the Yarga. The Yarga was a C-kite with relatively little depower and an aggressive character. The kite had a lot of power and a direct feeling with a lot of bar pressure. Furthermore, the kite had a stable character and especially the larger sizes were popular. The Yarga was further developed a few years and stopped in 2011 when it was followed up by the Best GP.

In 2006, perhaps one of the most popular kites ever came out and is still one of the most sold kites ever, the Waroo. The Waroo was an all-round freeride kite with bridles (SLE). At that time the Waroo was very popular for kiteschools, beginners and even advanced riders, a very nice kite which you could use for every style. The Best Waroo was also a very friendly kite that was relatively easy to restart with a lot of depower. 2010 was unfortunately the last year of the Waroo when it got replaced by the Kahoona.

The Best Kahoona came out in 2009 as a kite suitable for mainly beginners. The Kahoona was a nice and stable kite, which certainly was not too fast. The Kahoona had a delta shape with 5 struts in the first 2 years of production, from 2011 it was developed further in a 4 strut model. The 4 strut model was then released in two versions, namely the Kahoona and the Kahoona plus. The difference between these two kites was the one-pump system.

In 2012 came Best Kiteboarding with the Best TS as successor of the Taboo. The TS is still in Best's product line nowadays and is therefore one of their more popular kites. The TS was introduced on the market as a kite suitable for all-round and new school kiters. A kite which focused more on the average to advanced segment of kiteboarding. The TS is currently used as freeride/freestyle/crossover kite with an open C-shape with bridles. A super nice kite for high jumps, looping and unhooked freestyle.. The TS can currently be compared with kites such as the Duotone/North Dice, Cabrinha FX, Naish Dash or the Core GTS5.

In addition to kites, Best also brought a lot of nice twintips on the market. The Profanity and Armada are discussed further below. There were of course many more kiteboards released including the Extract, Spark, Breeze, Spider, KB4 Girls and many more! If you need any information about Best twintips, don't hesitate to contact us.

The Profanity was a radical and aggressive wakestyle/freestyle board which was used by many pro riders such as Ruben Lenten and many others. The twintip had a double concave which ran over in a double channel at the tip. This resulted in a stiff board with a lot of grip and pop so that it could be used for ultimate freestyle and big air. The stiffest board from the range Best has ever made and therefore also very suitable for wakestyle!

The Best Armada came out in 2010 and was marketed as a freeride board for kiters with already some experience. A board that you can use in any direction whether it's freestyle tricks, jumping high or just relaxed cruising back and forth. In the first year, the board was made of Poplar wood, then the board was further developed with Paulownia wood, almost all boards are made of this wood nowadays. Paulownia wood is more than 60% lighter than most other types of wood but still super strong and therefore very suitable for building kiteboards.

Best kiteboarding makes good quality products and they give a lifelong guarantee on all kites and kiteboards they make. In addition, we organize kite test days several times a year where all new Best kites and kiteboards can be tested for free for everyone.
CORONA LOCKDOWN UPDATE: KUNDENSERVICE UND VERSAND WIE GEWOHNT ERREICHBAR UND AKTIV | Lies weiter